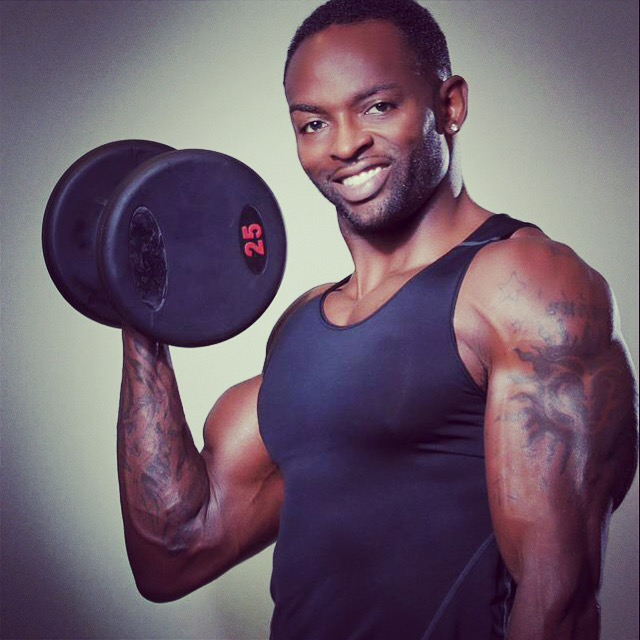 Shawn “Asun” Peterson is a celebrity personal trainer and one of New York City’s top fitness professionals.  Asun has been selected as a fitness expert to represent ISSA (International Sports Science Association) in their Fiscal Fitness Guide and multiple magazine publications.

He shared his knowledge of health, fitness and nutrition with: actors, musicians, corporate executives, athletes, physicians, national television programs and corporations such as: Good Morning America, Telemundo, Black Entertainment Television (BET), CBS Morning Show and the Odyssey Media Business Retreat for Influential Multicultural Women.  Asun has volunteered abroad in the Dominican Republic.  While in Santo Domingo, he taught his signature class “The Movement,” an innovated group strength training class.  Asun was also chosen to compete in American Ninja Warrior in 2014.

Prior to focusing in the field of health and fitness, Asun was a business analyst for Horizon Blue Cross Blue Shield of New Jersey.  He attended the University at Buffalo, where he received a B.A. in Spanish, and a B.S. in Urban Public Politics.  Asun mentored in the Equal Opportunity Program (EOP), played basketball, and studied abroad in Madrid, Spain.

Asun has been a fitness trainer since the year 2000. He is certified by the ISSA as: Certified Fitness Trainer, Strength and Conditioning Coach, Specialist in Exercise Therapy and Nutrition Specialist.